Last week we received free tickets for Aquae 2015. Our “regular” office is in front of it and all the companies in the area received free invitations.

As you may already know, Aquae 2015 is one of the two locations of Expo 2015 that are not in Milan. We assisted to its construction as we passed by it every day going to work, and we were very curious on what it was like on the inside.

Aquae 2015 (offical website) is a pavillon  dedicated to food, water and local traditions, but let’s see in detail what are its attractions. 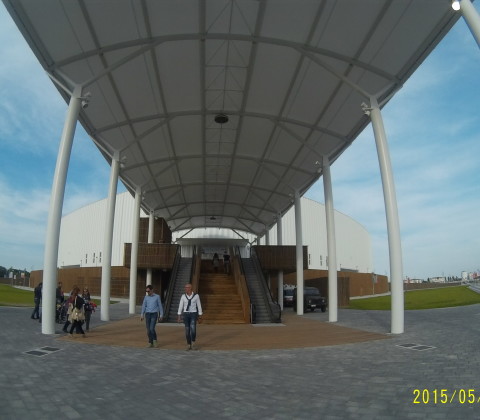 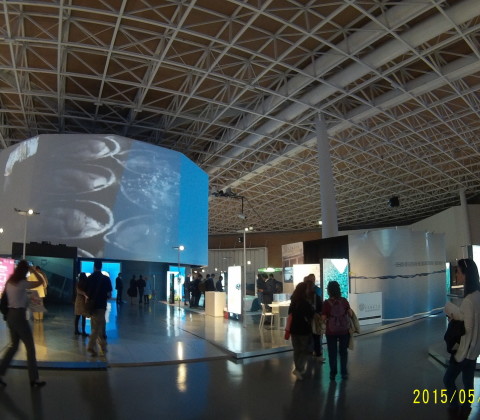 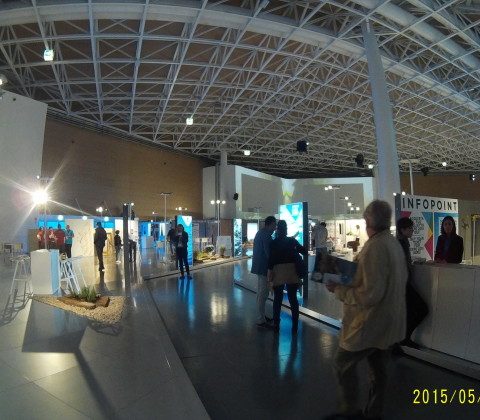 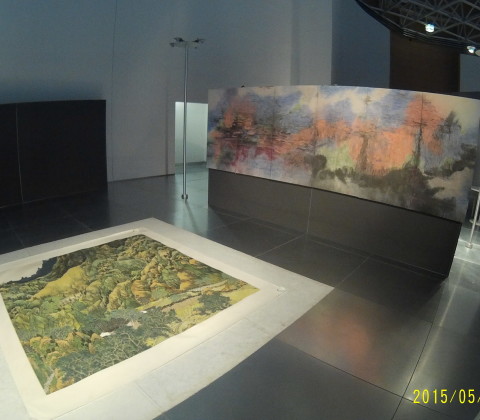 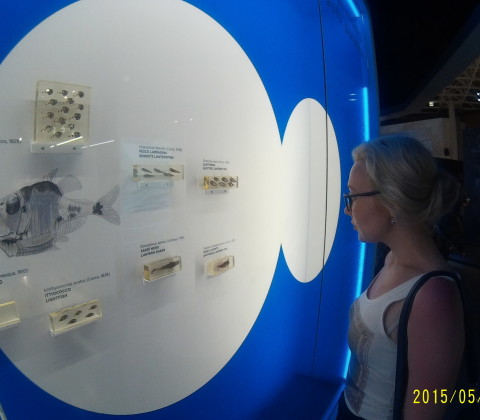 Aquae 2015 is a single pavillon, quite big in area, but completely visitable in one hour or less, and this is it’s first downside.

Approximately 1/4 of the whole area is dedicated right now to chinese prints/arts, actually not bad, that you can see in picture 4. The problems of these prints are that:

My favourite part was the area with “games” for kids.

As you can see by my surroundings, I was the only adult playing with it, but to be honest this was the funniest area of the whole pavillon.

The top attaction, for me, was something that was totally not related nor with food nor with water nor with anything else around it (and this should already give you an idea of my overall impression)

The next area was the food corner, but I cannot express completely my opinion on it for two reasons:

Finally, let’s talk about the main attaction. You can’t miss it , it’s a big cilinder in the middle of the area. Inside, a 4 minutes round video of “the abyss”.

You may not see it clearly for these images, but the quality of the video was rather poor. Overall a computer graphics video that could have been modern 5 years ago. I still can’t understand the point of it.

So let’s get to the review:

Aquae 2015 is a small, not very interesting branch of the national Expo 2015. The regular price is 22€, and it definitely isn’t worth them. It barely deserved the free ticket that I got.

The pavillon looks as if it’s not completed yet, so hopefully it will get better during the next weeks, but to summarize my thought: I cannot understand the point of Aquae 2015 and locating it in Venice rather than in Milan like everything else. There is absolutely no advantage that I can see on placing it here, except probably somebody’s economic interests.

Our judgment is: if you have a free ticket, it deserves one visit. If not, you can totally avoid it.