Today I was going to work and I heard on the radio some funny reviews people made on TripAdvisor about important touristic location such as the Colosseum, Torre di Pisa, Cappella Sistina and more.

So I decided to take a look at all the worst reviews of places in Venice, and I wasn’t disappointed. Since I’ve noticed that many of the bad reviews quote the same reasons, I figured I’d try to reply, so here we go. 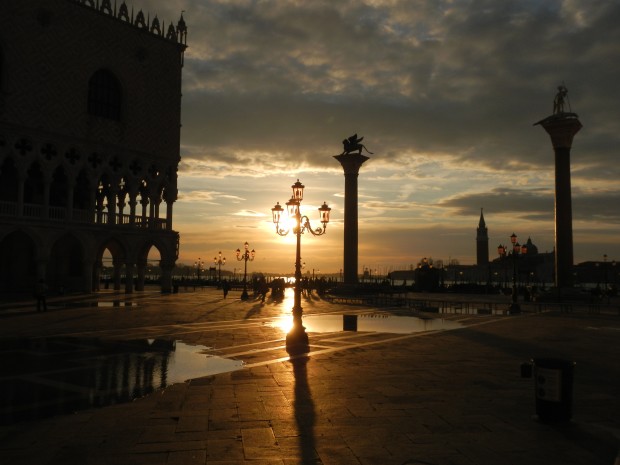 First of all let me say that according to TripAdvisor, only 64 people out of 9135 thought Piazza San Marco was terrible, that’s good. Yes it’s probably the most touristic area of Venice, and not my personal favourite, but still you can’t visit Venice and just skip it.

I could go on more. Most people complain about the number of tourists. Guys, Venice has 20 millions tourists per year, opposed to only 56 thousand inhabitants, of course it’s always full of tourists. There are periods in particular where the number is very high, like Carnival (in February) or Summer from June to September. If you want to avoid the tourist masses, we suggest you to come during other months, like April-May or October.

I would also like to remember to the guys who posted these reviews that: you’re complaining about tourist, but you are a tourist. How are you better than the others? Can you see the paradox? If the only thing important for you in one of the most rich, and culturally important areas of Italy is the number of tourists, I can name you lots of industrial horrible towns in Italy, where you could go next time.

And yes, as we have said in our “tourist traps” post and “what not to do in Venice” here, obviously (maybe not for you) the bars and restaurants near the most touristic area of Venice can be quite expensive. How surprising!

4. Filthy: The whole area was flooded with water which appeared to be coming from underground.

What? Uhm, yeah, Venice is built on water, there are high tides which accompanied by other atmospheric events (winds in particular) periodically raise the water level around the city (as explained in our post here). Besides, Piazza San Marco is one of the lowest areas of Venice. I understand that this might be frustrating, but again, you seem to be surprised by this. Have you tried looking around you?

This made me laugh, it’s like the movie by Hitchcock. Honestly. I have never seen anyone being attacked by seagulls, the worst that can happen to you is that they’ll crap on your head, but that has never happened to me either.

6. Too many peoply. Too many rules.: “The guards that are hired to force people away from enjoing ice cream on the stairs around the square and into the tourist traps they call restaurents are just not allright”

Which guards? Do you mean the police? Yes there are rules in Venice because some (luckily not many) tourists are not polite and they don’t respect the city, which is a UNESCO world heritage (it’s like it’s also a little yours). I agree that sometimes rules can be excessive, but that’s only because someone before you did something much worst.

7. Biggest Dump In The Whole Wide World: The smell is disgusting. The local population think that they are the master race. A cup of coffee costs more than lunch on the other side of the bridge. The square looks like it was designed by a third world dictator without any taste. The fish also has no taste because it is served frozen. There is filth everywhere. There are people who barge into you all the time because they are too stupid to learn how to pickpocket tourists properly. The shops mostly appear to be run by scam merchants.
Every time I see a coal fired power station in China I thank heaven for the global warming which will one day sweep this cesspit away.

Seriously, what’s with the smell? Come on there’s not even traffic nor factories, it’s one of the less polluted touristic cities in Europe… Yes it’s build on water, and surrounded by lagoon. The rest of the review is just rambling

I’ll stop here, for today, but I definitely want to do this again for other areas of the city, see how are we doing.