It’s very hip to post shortlists about best or worst things, so we figured we might as well give you our advice on the top 5 tourist mistakes in Venice.

It seems trivial but you have no idea how often we see these mistakes happening in front of us, and it’s only a pity that you might spoil your (often expensive) holiday in Venice, just for lack of basic information.

As we said, this might seem trivial, but it isn’t.

You already know that Venice is a very touristic city, but unlike many others it has some peculiar characteristics.. such as: being built on islands. 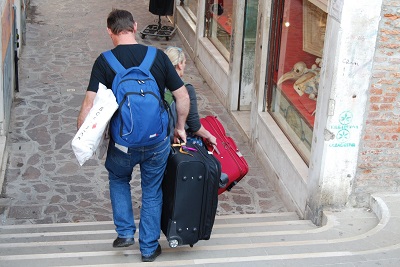 Many people often forget that the most amazing feature of Venice can cause logistics problems, especially when arriving or leaving. There are 420 bridges in Venice, and among them, those who are luggage (or, sadly, weelchairs) friendly are probably less than 20.

Water taxi are crazy expensive and you also might have problems carrying your luggages in “vaporetti“, the water buses, who are often very crowded. Plus, you are only allowed one suitcase with a combined length, width, and depth of 150 cm or 59 inches. If it’s bigger or you have more than one per person, you might be charged a full adult ticket (7€, quite expensive just for a suitcase).

The best way to be sure you won’t have problems, then, is to go light, and have a carry-on that you can easily pull around the narrow streets of Venice.

Remember to ask to your hotel how much time it takes to get there by foot from the train station or Piazzale Roma, which is the place where all the buses arrive.

Remember also to ask if the hotel has an elevator.

Most of the hotels are in old/historical buildings and they can’t build elevators.

4. Getting all inclusive cards

There are plenty of those in Venice, and some of them are even sponsored by Venice itself, but guess what, they are never worthy the price. 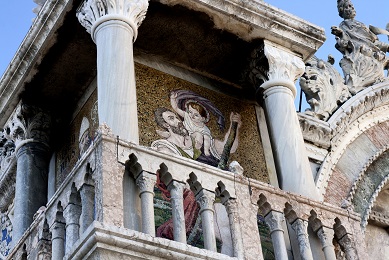 It depends a lot on how long you will stay and how big is your group. Remember, usually all-inclusive cards are for one person only, so if you’re a family of four, you’ll have to buy four of those.

The official Venice card, “Hello Venezia” costs about 40€ and lasts for 7 days, it gives you access to museums but doesn’t include transportation, which is one of the most expensive things (as we’ll see below).

You should consider: are you really going to watch all these museums? Or do you prefer just walking in this unique city?

The included museums are all great, but perhaps after 2 or 3 you might want to see something else..

You would be amazed to know all the places in Venice that are not seen at all by the majority of tourists.

The best tip is: get lost. Venice has 20 millions tourists every year and only 56 thousands locals. There are they? How do they live? 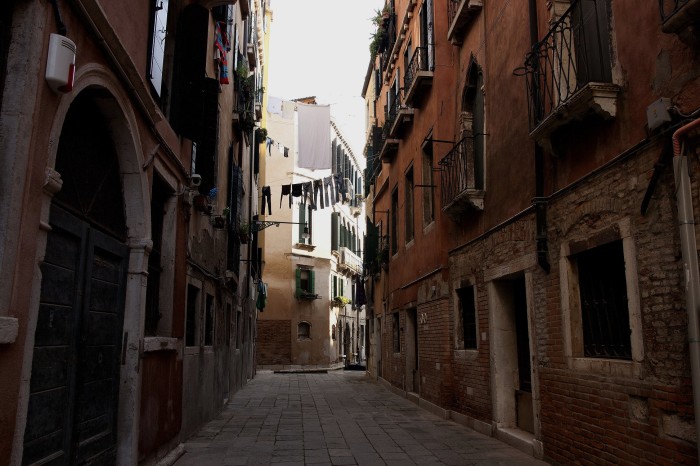 They certainly don’t go very often in “strada nuova”, the street that takes you from the train station to San Marco, and that is often so crowded that walking becomes difficult.

Exit from the most crowded routes and you’ll find much more authentic experiences in the surrounding areas.

For example, the Ghetto area is wonderful and spared by the mass of tourists. Going to San Marco from the train station, it’s towards the left (north).

The Castello area is also very interesting, near arsenale. Campo santa Margherita is where locals go in the evening to drink a spritz, the Venetian typical drink. Zattere is also a very nice place to walk and it takes you near the Peggy Guggenheim museum.. it’s only up to you where you can go. Venice is small so even if you get lost you won’t be in very big trouble!

2. Spending too much in public transportation

We have already talked about this in our previous post: how to save money on public transportation.

Basically, the official ACTV website (the name of the public transportation company in Venice) would suggest you to make daily/weekly tickets with crazy prices. BUT, if you want to make a single trip ticket, it will cost the astonishing price of 7€, per person. Not exactly cheap, huh? 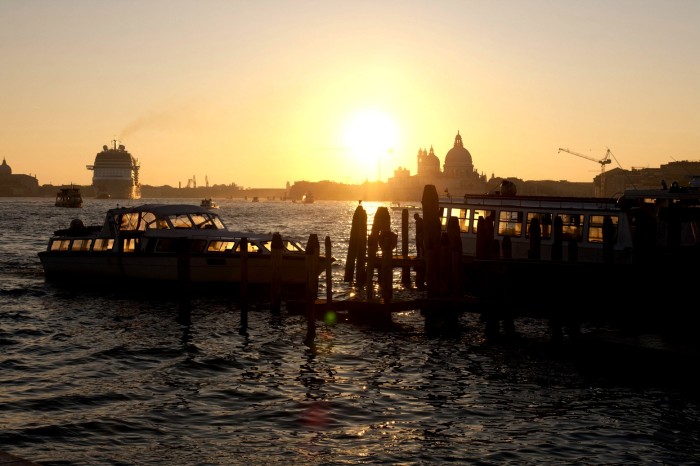 So, how to survive?

First: consider walking. It might sound that we’re making fun of you but we’re not. “vaporetti” are often overcrowded during periods of intense tourism and they don’t come so often, so you might end up: paying 7€, waiting in line for lots of time (maybe under sun or rain) and ending up in a very crowded boat.

If instead you’ll stay in Venice for a long period, the best way to save money on transportation is making the Venezia Unica City pass, as we explained in the post linked above.

1. Choosing the wrong bars and restaurants

Oh boy.. there are soo many tourist traps in Venice. Like all other touristic cities there are plenty of restaurants, pizzerias and so on, and many options on where to drink and eat. 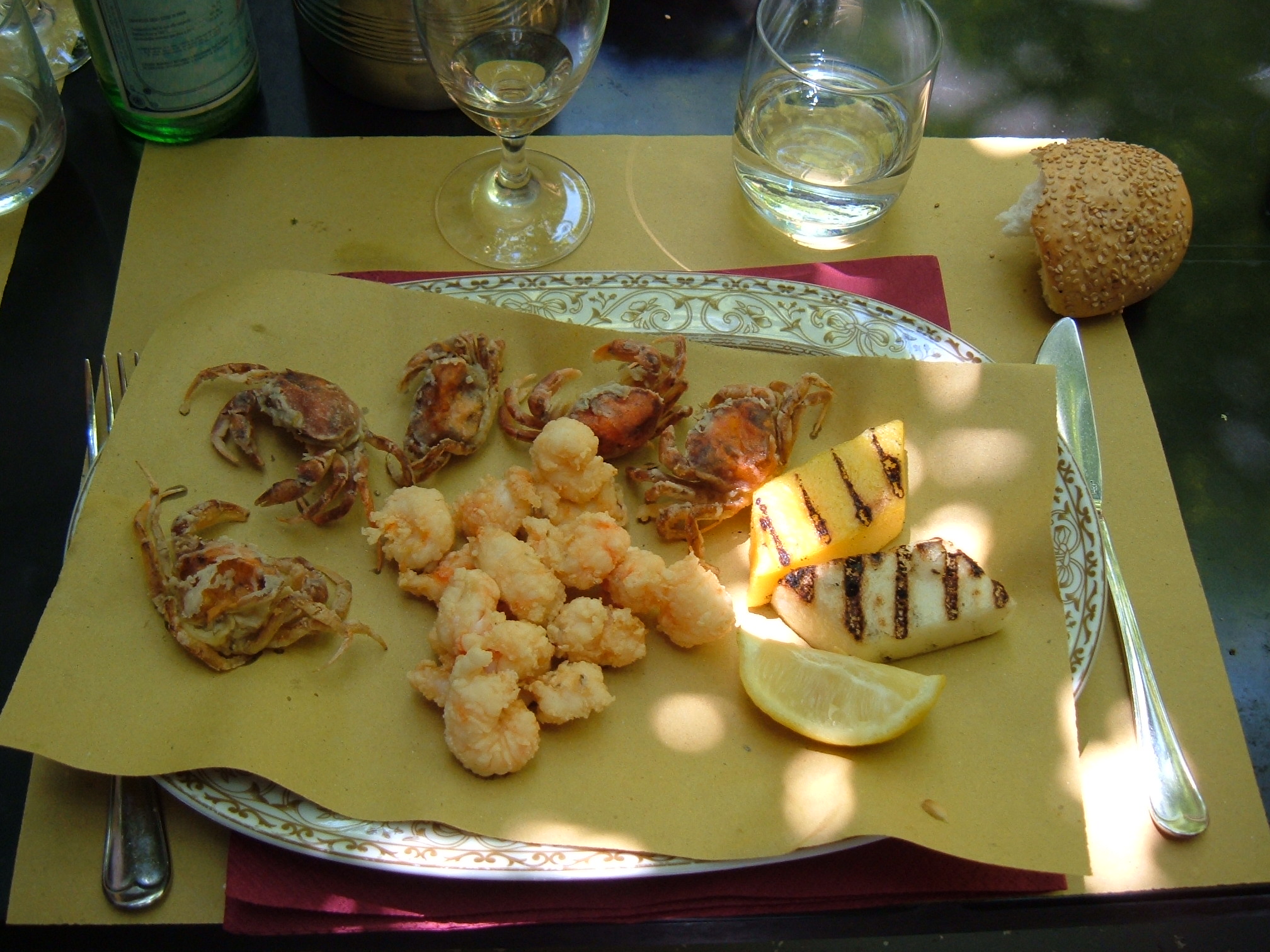 But not all of them are good, and most of the times prices are not adeguate to the food quality as well. Don’t be afraid, there are also italians in Venice, and we like to eat well and pay less.

The golden rule here would be to go where italians go. There are a lot of places in Venice where you won’t find many tourists that will give you the complete italian food experience, with all the excellence that everybody knows.

We talk for 12 pages in our guide on how to avoid tourist traps and choose the right restaurant, but here you have some tips to start with:

– All the restaurants must have menus with prices outside. Read them carefully

– Avoid tourists traps: restaurants on very touristic areas such as Rialto and San Marco, restaurants with photos on the menu, those who have people outside stopping tourists, and those where you only see non italian people.

– Don’t give freedom to waiters of bringing you whatever they want. Be specific.

– Only eat pizza in pizzerias and good restaurants, or it might be frozen

– Take care of extra taxes and cover charges, they must be written clearly in the menu. If the restaurant say “no tax, no cover charge” it’s suspicious. Nobody gives you anything for free.

– Don’t sit in bars. The price of everything is much higher if you sit at a table. Italians drink coffees at the counter, and so should you.

– Don’t sit to drink a coffee or whatever in Piazza San Marco. Seriously don’t.

Your local friend to visit Italy!