Tomorrow, 21st November, there will be another very dear holiday to all the Venetians: the celebrations for “Madonna della Salute” or simply “Festa della Salute“.

It’s an important event that, like Redentore celebrates the end of a pestilence.

A little history: the pestilence afflicted Venice in 1630-1631. After a war in Mantova (another beautiful Italian city), the soldiers brought home the plague, that stroke heavily on the population, killing the incredible number of 140.000 people. A huge number, if you consider that today Venice has only 50.000 inhabitants.

Hoping to end the plague, the doge (the ruler of the city) swore to Holy Mary that he would have built a new church in Her honor, if she helped stopping the disease.

A year later, the plague finally left Venice, and, as promised, a new church was built: the Madonna della Salute (“salute” means “health”). 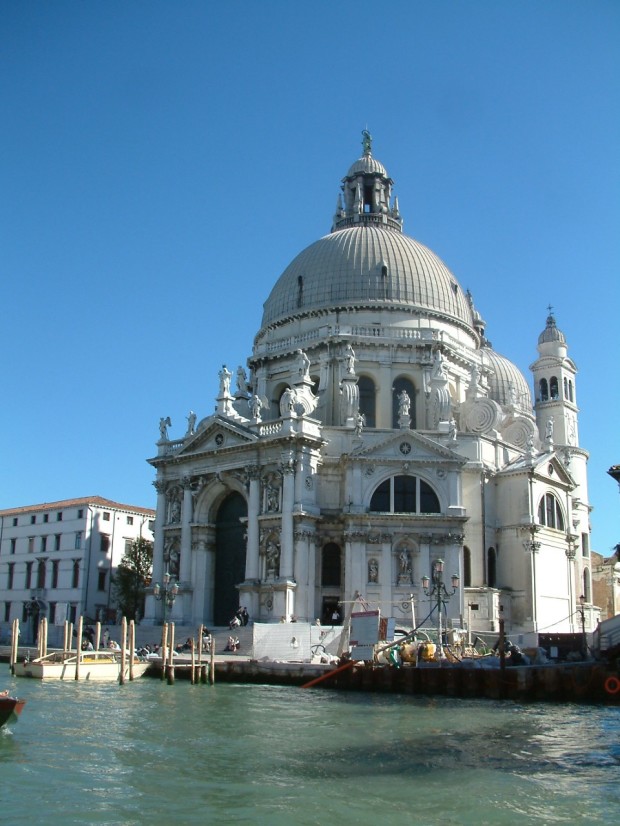 The Church of Madonna della Salute in Dorsoduro, Venice

Today, this event is remembered every year, when most Venetians walk to the church to pay their respect. A temporary boat bridge is buildt every year to connect the area near San Marco to the church of Salute, and traversing it is in an excellent idea to feel and blend among the Venetians during this religious holiday.

How to reach the church, then? Well as I said you can either go throught the boat bridge, or reach if from Zattere, in the south side of Venice. Personally I’d go for this second option, cause  it will probably be less crowded with tourists and more with locals.

By the way, if you’re walking through the narrow calli of Venice, try and take a look at bakeries or patisseries. A few days ago was another special day in the Venetian calendar: San Martino.

This saint is celebrated every year with a special cake/biscuit: 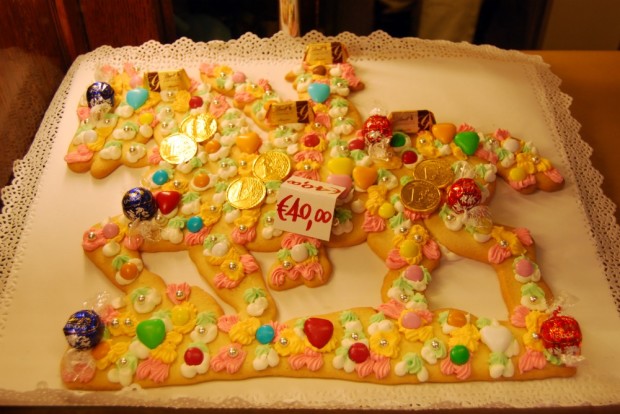 Dolce di San Martino (not all are this expensive)

You might as well go ahead an try it, it’s good!