A Venice Icon: everything you need to know about Spritz

The hot season is here and I wanted to grab the opportunity of talking again about the famous Spritz. We’ve alread talked about it a couple of times as the number 1 thing to eat or drink in Venice and as the best thing to do in Venice – a bacaro tour, but today we’re going to talk about it a little more in detail. 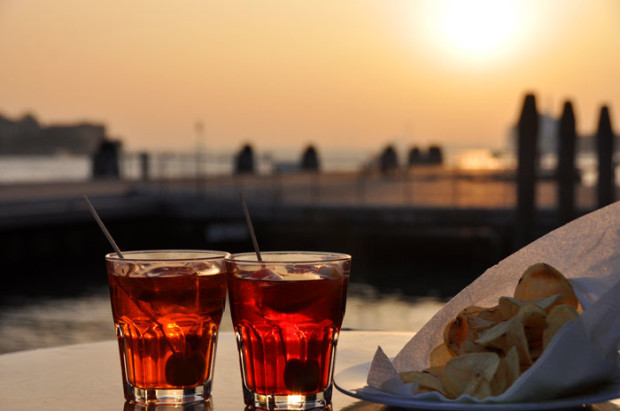 First of all, its origins. As you may already know, the origins of Spritz aren’t completely clear, the most probable “legend” says that Austro-Hungarian soldiers in Venice in the 18th century used to add (in german “spritzen“) sparkling water to the North Italy wines that were too strong for their refined Hasburg palate. From there, Spritz finally acquired its classic red colour, probably as a sign of disproval towards austrians after the second half of the first world war.

For decades, Spritz was only famous in the Veneto region, but recently, thanks to a very efficient marketing campaign, it became famous firstly in all Italy and the in some places of the rest of the world.

What it is, exactly?

Spritz is an aperitif drink, best to be drank before dinner, and it’s made with

to be served on the rocks, with a slice of lemon and an olive.

Its red ingredient is variable and depends on your taste. The most popular option is Aperol but I strongly recommend you to try also the other choices you have:

Remember that hen you order it, you’ll have to specify with which red ingredient you want it.

Below a video recipe of spritz (in italian, but very easy to follow)

Lastly, where to drink it (in Venice)?
There are two popular options, both excellent in my opinion. 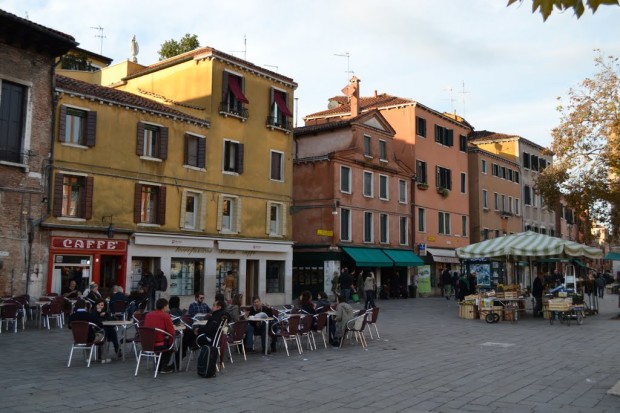 The first is Campo Santa Margherita, in Dorsoduro. Very easy to reach from Piazzale Roma and the train station (in 10 minutes) and near the beautiful Zattere and Accademia bridge. It’s a popular choice among students, as the local university is near there. 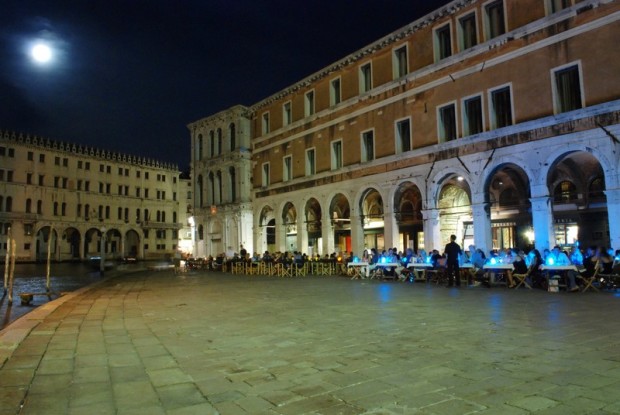 The second option is Campo dell’Erbaria, at the feet of Rialto bridge. This is also an excellent location with several bars at your disposal, and it’s not as crowded as you may think despite its location.
Other useful info:
A spritz in Venice costs between 2 and 3,50 euros so very affordable (and much cheaper than in other cities of Italy), making it probably the only thing in Venice that costs less than in other cities. The other good thing about it is that many bars throw “happy hours” usually around 7Pm with buffets and free finger food. For better chance to find them, avoid the most touristic areas (where they don’t need this kind of promotion).
This is it guys! Remember to read also our other 2 posts that I linked at the beginning of this one and enjoy your Spritz!
Share