Ca' Dario the house that kills

Have you ever dreamed about buying a house in Venice, maybe on the Canal Grande? Well there is 500 years old palace right there, that is often on sale at a relatively moderate price, but always struggles to find a new owner: it’s Cà Dario. Let’s find out more… 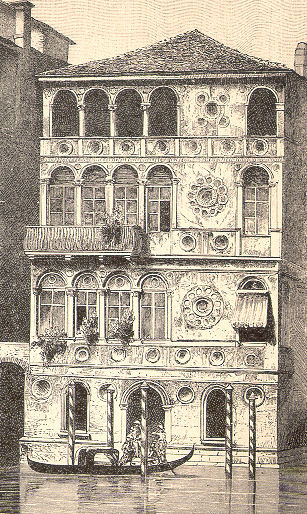 Cà Dario is located in Dorsoduro, near the Peggy Gugghenheim museum, right on the Canal Grande in all its creepy beauty.

You see, many think that the place is cursed and that all its owners are doomed to lose everything they own or even die a violent death.

The house was built between 1479 and 1487 for Giovanni Dario, secretary of the Venetian Republic senate.

When he died, the house was inherited by his daughter Marietta and her husband Vincenzo. After a while, he lost all his possessions and was stabbed to death, while Marietta killed herself by plunging in the Canal Grande. A little later, also their son, Vincenzo jr, was killed by mysterious assassins in the island of Creta.

The venetians were shocked by these three violent deaths and started to think the palace was cursed because it was built on an ancient templar cemetery. Others said that the curse was due the inscription at the ground floor “VRBIS GENIO IOANNES DARIVS” (Giovanni Dario, in honor of the city genius), whose anagram is “Sub ruina insidiosa genero” (Who will leave in this house will be ruined).

The house was inhabitated for almost two centuries, and when the legend was starting to fade, the deaths began again.

Alessandro Barbaro was a descendant of Vincenzo, the original owner who lived in the 19th century. He decided to rebuild completely the façade of the house, maybe trying to lift the curse. He then sold it to Arbit Abdoll, a rich diamond merchant who quickly lost all his wealth, and who died poor right after. The curse was still there…

The next owner was Radon Brown, and guess what? He died mysteriously inside the house, with his lover, perhaps in a murder-suicide. 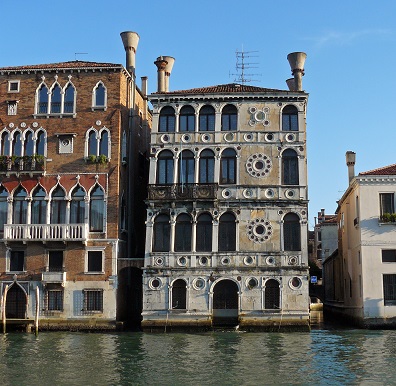 Years later, Charles Briggs, an american millionaire, faced the same fate. He had to flee from Venice because accused of being gay and his boyfriend met the shame with his suicide.

Nowadays the curse is still strong.

In the sixties, the famous singer Mario del Monaco had a terrible car accident just when he was going to Venice to buy Cà Dario. He luckily escaped death and decided to withdraw his offer for the palace.

Filippo Giorgano delle Lanze was not as lucky: in the 70s he bought Cà Dario and shortly after was killed by his boyfriend, who also died a violent death in London, where he fled.

It’s not over yet…

Cristopher “Kit” Lambert, manager of the famous rock band “The Who”, suicided in London after a few years he bought Cà Dario.

In the 80s, the sister of the new owner Fabrizio Ferrari, died tragically in a car accident, while his brother suffered a severe financial disgrace.

Now the 90s: the famous businessman Raul Gardini bought the palace in order to give it to his daughter. Shortly after he was involved in the financial scandal “Tangentopoli” and lost most of its wealth. He also suicided, with a shot to the head, in Milan.

Even Woody Allen in the 2000 was thinking about buying this house, but wisely changed his mind after reading about all these tragic deaths.

Do you think it’s over? Not yet. In 2002, bass player John Entwistle suffered a heart attack a week after renting the palace.

Right now Cà Dario is owned by an american company, who knows what their fate will be?

This is only one of the many Venice mysteries, it’s up to you to believe it or not, but when you’ll be in Venice, go near Cà Dario and think about it…

Your local friend to visit Italy!